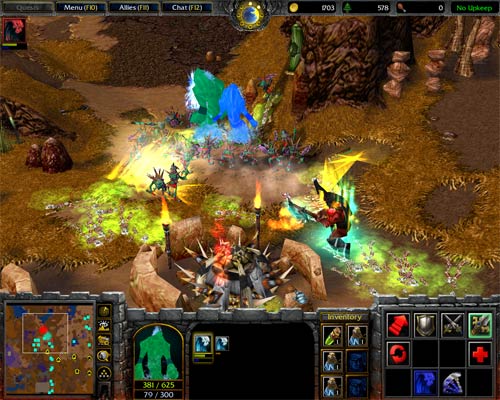 Antioch Arena was created by Magnum, phal, and Northern Paladin for Warcraft III sometime before the date you're reading this. Players basically hacked apart legions of maltempered creeps, Gauntlet–style, to defend the forum from the forces of some plotline no one cares about. It prominently featured particularly heroic versions of many Antioch forumers—past, present, and never, in the case of NP—and was widely regarded not to suck, except for when the difficulty got ridiculous. Which was quite often, narrowing that regard inconsequentially.

You can grab it below. It's fun for all ages.

While we're at it, here's a fairly spiff melee map Magnum made for Blizzard's map contest way back when: