The Antioch Chronicles, Episode I Characters 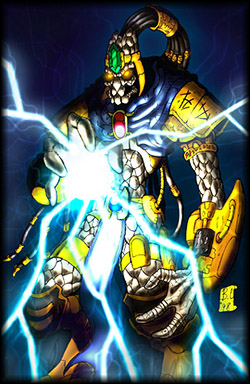 With a long record of distinguished service under the Assembly, Turmalis was one of the Judicatura who had crewed the Arbiters in defense of the Conclave's heart during the time of Tassadar's incarceration, prior to the destruction of the Overmind. Though he had no particular love for the late Tassadar, Turmalis appreciates the results of his efforts and therefore tries to keep an open—if detached—mind, especially when it comes to matters of the Dark Templar or bothersome Terrans. Though deadened to surprises of battle long since turned mundane, Turmalis nevertheless sees the importance of maintaining a vigilant front against the advances of still-lurking Zerg.

A descendant of the Sargas tribe, Khorun was one of the strongest and most fearsome warriors in the province of Antioch, until his twin, Nurohk, fell in battle, only to be reborn as a Dragoon. Until the time of Nurohk's return, Khorun secluded himself in the provincial temple, strengthening his body and mind for the battle against the Zerg that already loomed on the horizon. While his brethren still respect him, especially after his fierce redemption in the liberation of Aiur, Khorun feels that he must somehow prove himself again, both to his twin and to his fellow warriors. To this end, his feats in battle have only been matched by his thirst for Zerg carnage.

"When war is done, and all is ashes, we will be remembered for how we died in the dark, not how we lived in the light."

Nurohk, like Khorun, had long been considered one of Antioch's most daring warriors. The day that Nurohk fell to a pack of Ultralisks was at once gruesome and glorious. With the former Zealot's body now housed within the shell of a Dragoon, Nurohk graciously allows his twin to fight for the greater glory, while supporting his forces wherever and whenever possible. Though Nurohk has accepted his fate like many a fallen warrior before him, those who serve with him know better than to bring up the subject. For Nurohk, the past should remain in the past.

"Destroy this shell and I merely will find another one, in our strongest steel or your darkest dreams." 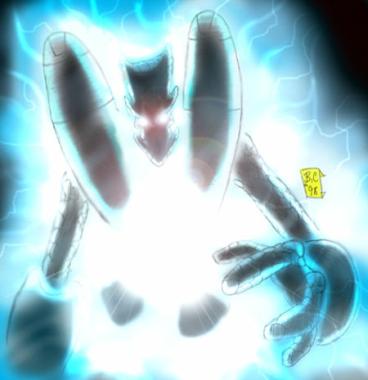 Nannoth and Taeradun were once highly regarded members of the High Templar who led the forces beneath them to victory countless times in ages past. When called upon to make the ultimate sacrifice in the throes of battle, the two forged a new beginning as a single entity of incredible power. After the mighty Archon's strange disappearance, the rumor spread that he had simply fallen in battle defending his brethren. If he were to return today, the realization would most likely take any Protoss warrior by surprise.

Charlie Mox abandoned his commission as captain shortly before the Morian Mining Coalition's merger with the Kelanis Guild. Dissatisfied with the pirate organization's monopolizing practices, and unwilling to turn to the Confederacy, Mox bided his time in the hopes of finding a better venue for his services. When Mengsk's Dominion seized power, Mox grudgingly rejoined the Combine, after a trusted source recounted the horror of the former Lt. Kerrigan's fate. Better to work for pirates than to become an unwitting puppet of Arcturus or a minion of the Zerg.

"Trust me to watch your back, mate, and I'll watch it. Trust me to bail you out more than twice in one day, and you're rollin' the dice."

Dale Gurney was one of the first to join Mox when he left the Coalition. Already a veteran walker pilot and gunner, Gurney set out to recruit the most experienced soldiers with the intention of forming a roving infantry and mechanized support squad—comprised entirely of mercenaries. Gurney intended to leave Mox after he had enough money to set up his own base, but when the Confederacy fell, the only profit to be made seemed to be in the heart of the Kel-Morian Combine. Because of their history together, Mox and Gurney were assigned to the same division.

"Somebody get me a hot dog and a beer."