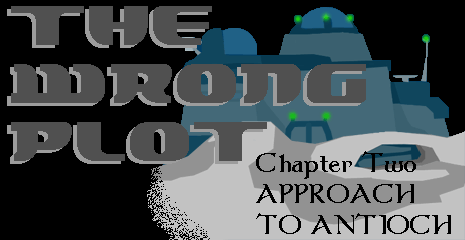 The Wrong Plot was a sprite-based web comic Dark T Zeratul made back in the day. Like, back when sprites were the cutting edge of graphical technology. Like, there's a joke about pop-up windows and the original Xbox in the first comic. It was a long fucking time ago, that's what I'm saying.

Anyway, it copped a bunch of sprites from Antioch Wars and Mega Man X, and you can behold it in all of its low-contrast glory at the Wrong Plot web site.