Another Day, Another Dollar, Chapter II 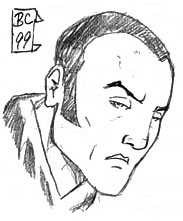 "Wilco's bar just got another cargo ship full of drunken villagers that came down from the highlands. Area sounds like it's getting pounded. I met Kaiyrnyn en route to the damn pub but he suggested I steer clear of the place. The bikers seemed pretty riled up. No need to get even more blood on these optics today. Quatto's bank account's padded enough as is without me comin' back for a bottle of glass polish.

"Concourse B was pretty clean today. Only ran into some guy juiced up on stims who was tryin' to run off with some local yokel's cash. I guess he didn't see my foot when I stuck it out in front of him, since I was cloaked. He hit the ground like a dead Rhynadon. Actually had a C-10 on him. Stupid punk. Safety was still on. Maybe next time he'll remember to actually pay for a license before trying to steal around here. Rookies." 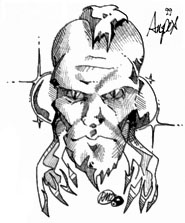 "Ro'taann called me up a little under ten minutes ago. Says he needs me to tag some of the transports headed for Korhal. I just tagged like three of 'em last week. Transponders are still lookin' good, signals comin' through loud and clear. So what's the deal? He really seems to be interested in keepin' an eye on that royal toxic hellhole. Whatever. If he asked me to keep tabs on a dead dog I'd do it, long as there's a check attached.

"Still, though... something's up. Couple'a guys toting some serious firepower—one of 'em had a tricked-out Golgie—passed through here not too long ago and Ro'taann didn't even bat an eyelash. He's usually up on those types' asses even faster than Customs, but they just passed right on through. Guy with the flamethrower said his name was Borno. I didn't tell Xenon he was around. Ro'taann coulda cared less. Like I said, something's up if his attention's been drawn that heavily to that burnt-out planet.

"I figure I'll put the blips on the transports while the crews are in Wilco's, during happy hour. Knowing them, they'll probably be plastered and knocked out cold for the rest of the night. Shouldn't take long. You know, I'm actually curious to see what's on those things anyway."