Neo-BORP was founded by Admiral Styles to recapture the relative glory of BORP. It is notorious for its ruthless membership requirements (one must satisfactorily demonstrate the ability of one's heart to pump blood received from the veins into the arteries). 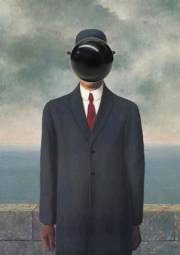 The group's history, as told by former member Phoenix:

BORP was always GMO's brainchild. He already had it when he came to the Antioch forum. He was a fan of Monolith's game Blood, and BORP stood for Bloodite Order of the Reformed Phalanx. On the Antioch forum however, it had a bunch of different meanings, including Brotherhood of RopePants, Brothers Of the Rigged Polls, Bowlingball Order for the Removal of the Protectorate, etc etc.

We never did much. We were mostly Swedes in the group, GMO, me, Raistlin, Romulus and puppet. Admiral Styles (half-yankee, half-canuck) was second-in-command and ADemonicObject was part of BORP, too. Near the end, GMO had a recuitment drive to get some more members, and got Mac Chaos and FalconWarrior.

Then GMO went away. For a while we just stood around, waited for our fearless leader to come back and lead us, but eventually Styles took charge and reformed us as Neo-BORP.

We still don't do much. And we don't know what BORP stands for either.